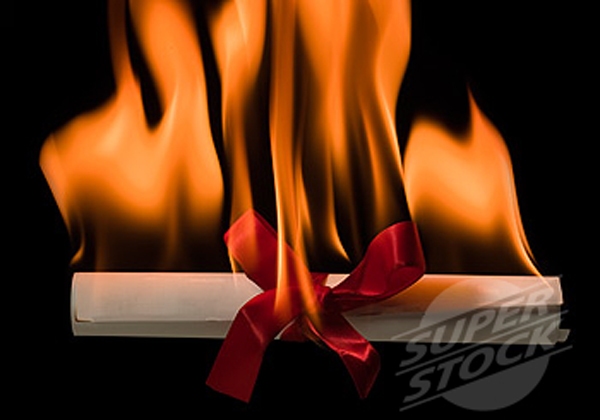 My grades were improving with each semester.  I was liked, really really liked, in my writing classes.  I was named editor of the college literary magazine for my last year in school.  In this case, “named” meant that during the creation of the previous year’s magazine, I hung out a lot with the people in charge.  When they all graduated, I was the only one left over from that group, and nobody else was willing to be editor.  I successfully ran for an elected position on student government.  In this case, “elected” meant I had about 13 votes and the other guy had about 6.  More important than those prestigious moments, I won a poetry award.

At most colleges and universities, there’s a yearly awards ceremony for students from various areas of study.  Each school (humanities, science, etc) and each department within each school (chemistry, theater, etc) gets to name an award winner for whoever did a great deal of something for some reason.  Athletes, actors, artists, scholars, and scientists and anyone else worthy were assembled on stage for an audience of faculty, family, and friends.  It was like graduation, but only for those people who did something extra special.  Maybe not, but that’s how it felt so I’m going with it.  I don’t recall anyone from my family being there or even knowing about it, but that’s because I just never really shared anything with anyone.  Still don’t, except here.  I share more here than anywhere else in my life.  If I had given my blog more thought, I would have begun it absolutely anonymously, which would have allowed me to share even more than I already have, everything except going to Mardi Gras with Becca.  That’s nobody’s business.  What hits the sidewalk in ‘Nola, stays in ‘Nola. 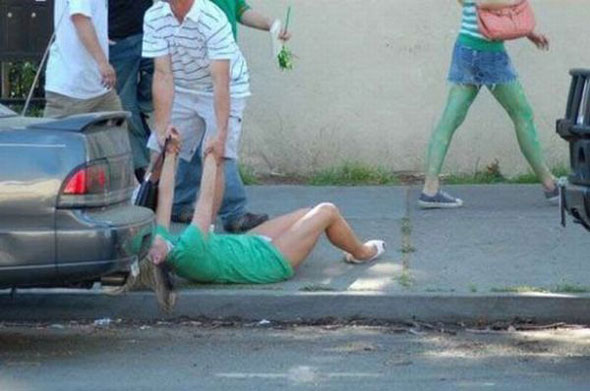 not actually Becca, as far as I can prove

I had very few friends in college, but one was Amy (last name withheld because she probably doesn’t remember me at all), who won a theater award that night I won the poetry award.  For some reason she imagined I was cool enough to hang out with.  You know theater people, always looking for that “cool” factor, but she was stuck with me instead.  We met in a class called Playscripts, where writers created short scripts and actors performed them for feedback.  After the ceremony, she invited me to a party her family was having.  It was probably the largest house I have ever been inside that hadn’t been turned into a museum.  It was like a movie, when you see all the fanciest table settings, chandeliers, and furniture.  I was not just impressed but highly intimidated and wondered what I could have done, right or wrong, to end up in such a house.  She seemed almost embarrassed by it, but I think she sensed my uneasiness and may have even expected it considering the beat up car in which I drove her home.

She likely wanted to avoid the party because it bored her, where to me it seemed like a wedding reception.  Instead, we hung out in her room, listened to music, and talked about life after graduation.  She was going to be an actress, I was going to write shit that she’d act out, and it was all that simple.  Not simple were the things I was imagining about two college kids up in her room while the rest of the family gathered for a party without noticing that the honoree wasn’t there.  Her room was bigger than a small apartment I used to have.  I remember her unhappily standing in front of a mirror.  She asked, “Do you think I’m hot?”  What else could I possibly say?  I thought of myself as a writer, but all I could come up with was one word.  “Yes.”  I wasn’t very impressive, and I was beginning to feel awkward.  “I gotta go,” I said, and I don’t think she was happy.  In the company of a hot wanna-be actress or not, I just didn’t feel right and asked her to guide me out of her giant house.

On the way out, she introduced me to a high school friend.  Short guy, kind of dumpy, but a huge smile and a strong handshake.  He had those eyes when someone always looks like they’re squinting at bright lights.  “He’s an actor,” Amy said.  “Nice to meet you,” I said.  “Jay Greenspan,” he said.  That was his real name, but now he’s known as Jason Alexander.  Nice guy.  Two years after that, he won a Tony Award.

Unfortunately, that’s all there is to the story.  A hot rich girl  intimidated the crap out of me, and I met Jason Alexander when he was Jason Greenspan.  Nice guy with even less hair than me.  There have only been two moments in my life when I felt like I didn’t “belong” where I was.  That was one of them.

So I won a poetry award and was honored in front of the college.  It was fun to finally actually feel accepted into something other than detention or the cafeteria.  But just as I was feeling accepted into the club, it was pretty much time to go.  I had surpassed the needed 120 credits and checked off all the necessary courses for the English Literature degree with a writing concentration as well as a minor in Dramatic Arts.  I was about to feel like I had really accomplished something – a bachelor’s degree in literature and writing from a college that had won national championships in bowling and fencing.  I felt pretty good – until my future ex-wife asked me a very important question.  This is the part where I got kicked in the balls.

“What are you going to do when you graduate?” she asked. 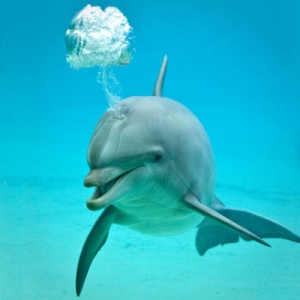 That’s when my brain did the cerebral equivalent of shitting its pants.  What the hell?  I had never given that a moment’s thought.  What job would I go into after all those years of studying literature and writing?  I had no clue until I remembered what she was studying.  Far unlike me, she was one of those freaks who only needed to get to age 7 before knowing exactly what she would do when she grew up.  She was going to be a teacher.  And her second question solved the first one:  “Why not be a teacher?  Teach writing?”  Bingo, problem solved, except that I was about to graduate.  Luckily, I was able to delay that and instead remain in school for a year of education classes.  In what seemed like no time I had gone from getting kicked out, then kicking my way back in, finding out I could write, and accidentally becoming a teacher.

Me?  A teacher?  I hated school.  I was the guy who unleashed stink bombs and put tacks on the teacher’s chair.  Seriously, I did both, and the stink bomb caused kids to leap from second floor windows because they couldn’t breathe.  What made the idea of being a teacher more but less funny is that it wasn’t until then that I realized something interesting.  My father and sister were teachers.  So were about 20 uncles, aunts, and cousins.  Why hadn’t I noticed that before?   It was like a secret that everyone else knew but me.  And everyone else knew that I didn’t know and could have told me, but it was more fun to just let me find it myself.  Ha ha.  Thanks a lot everyone.  Real nice.  Well played, bitches.

It’s very difficult to get a writing job immediately after graduating college.  Instead, I would get a job teaching writing and language and literature, just as I had been studying.  Of course, my desire to write could be satisfied doing my own writing on the side, at night, in the summer, whenever I had time here and there.  I spent an additional year taking classes on education theory, teaching reading, and a few other things.  Then all I had to do was a few months student teaching – in which I follow a teacher around all day for about four months and learn everything from the inside out, then take a test, then I’m a teacher.  Seemed easy enough.  Unfortunately, it actually was that easy.  Too easy.  It shouldn’t be that easy to become a teacher, one of the most difficult jobs there can be, and I’m not sure if I did a good job.  I was loved by kids, liked by parents, disliked by colleagues, and hated by administrators. 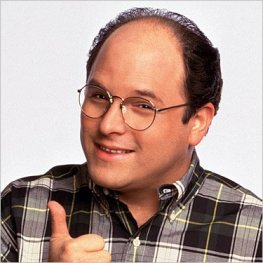 College was over.  I graduated with 152 credits.  Most people are done at 120.  Took me seven years, although one year was when I was kicked out.  Most people take four years.  My complete grade point average was a 2.58, which is about a 65 on a 100 point scale, but if you erase my first two years, my average was about 3.3.  Respectable, I think.  When high school kids ask me if college is hard, I tell them that it depends on one thing:  do you know what you want to study?  If you know what you want to do, if you have a goal, a career in mind, then college is easy.  Then you can more easily get through the anthropology and psychology classes.  I also tell them to find friends.  If you try to be like me, stoically introverted and isolated, college is much more difficult.  Don’t be afraid to ask for help because you’ll get back even more than what you need and make great friends.  And you might end up in the bedroom of a hot, wanna-be actress or meet Jason Alexander.

Coming soon, part 4 – a lucky idiot becomes a teacher.  Highlights include jobs both won and lost,  the day a kid brought a gun to class, the day a kid masturbated in class, making students cry, teen suicides, an amazing thank you note from a parent, the do’s and don’ts (really just don’ts) of dating colleagues, and what’s wrong with education today. 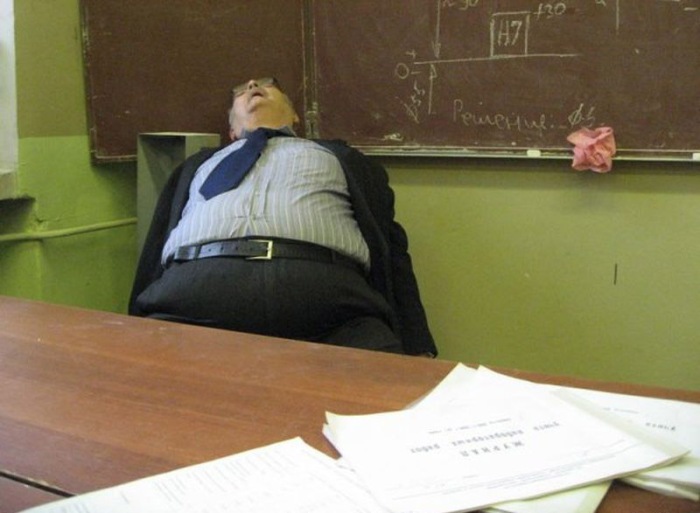