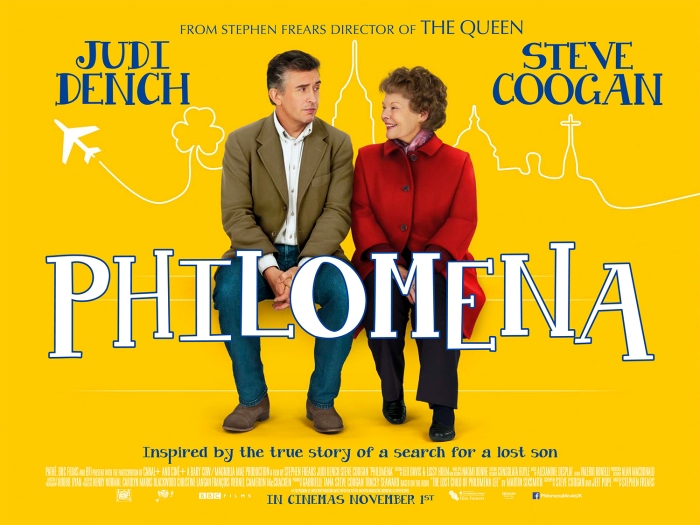 There are many “wrongs” in Philomena.  You can debate them politically or rank them in degrees of more or less “wrong,” but only two thing matter.  First, none of the wrongs can be undone.  Second, when one learns of a “wrong” that has been done, what do you do next?  Do you learn?  Do you move on?  Do you seek some form of justice, either legal or vengeful?  That depends on who you are, where you’ve been, and where you’re going.

When Philomena (Judi Dench) was just a teenager (Sophie Kennedy Clark as young Philomena), she did nothing unusual except allow her hormones to take over while strolling through a carnival in a small Irish town where she met a handsome boy, equally in touch with his hormones.  They found a secluded but not very romantic spot at which they got, perhaps, closer than they should have.  Maybe because she had too little education in biology, too few important discussions with her parents, or too much cotton candy, she “dropped her knickers” and, about nine months later, had a baby boy she named Anthony.

Somewhere between the carnival and Anthony, her parents sent her away to a Catholic convent in a small town of Roscrea, Ireland, where the shame of Mom and Dad can be not just forgotten, but they could also tell people Philomena had died.  In the face of all this, she did her chores, said her prayers, and treasured every limited moment she and the other young, un-wed mothers had with their children.  Unfortunately, not all of these mothers know there’s a painful day in most of their futures.

A shiny car will arrive and, for a lovely donation to the convent, a childless couple gets their choice of whichever smiling, toddling cherub they want.  When it is rumored that her best friend is about to have her daughter taken, Philomena sneaks from her chores to catch a glimpse of the Americans about to carry away the little girl.  But as the innocent little girl unknowingly meets her new parents, her little best friend, Philomena’s son Anthony, crawls into the picture.  Instead of leaving with one new child, the Americans leave with two.  She runs to the courtyard as the car drives off, but it is too late not just because the car is gone but because she signed an agreement giving the sisters of the convent the right to do as they believed was in the best interest of the child.

This is the story Philomena tells 50 years later when she is introduced to Martin Sixsmith (Steve Coogan) who was recently fired from BBC News and is now looking for anything, even a human interest story, in order to keep working.  He not only despises human interest stories, but he is not immediately a big fan of Philomena either.  He frowns upon the books she reads and considers her rather uncultured.  Still, it’s all about the story, and he agrees to help her.

They get no help from the sisters of the Roscrea convent, who tell Martin and Philomena that their records were destroyed in a fire.  Eventually, through coincidence and conversation, they learn that little Anthony was renamed Michael and brought to America. 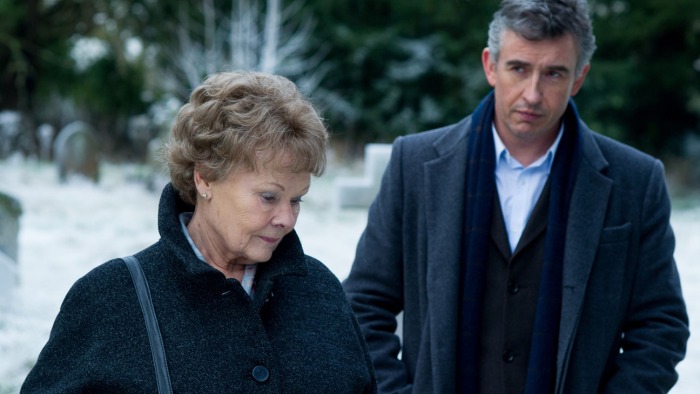 What Dench (Skyfall, The Best Exotic Marigold Hotel) proves is that any notoriety she’s ever gotten for acting has not been enough.  For her to play “M” since 1995’s GoldenEye, Philomena, Shakespearean roles, and everything within is beyond outstanding, especially because they are all about a different as any characters she’s ever played.  The only thing left is for her to play God, which I imagine would do fabulously.  Someone write that down, please.

Coogan (Doubt, Ruby Sparks), as Martin, spends most of the film taking the brunt of tension from both those stopping them from finding Anthony/Michael and Philomena herself.  She occasionally seems to be in a blissful ignorance to the world around her, especially those who, in Martin’s judgment, deserve a strong slap of reality for the roadblocks they present.  His quiet frustration is clearly evident. He is visibly restraining himself as he attempts to both get to the bottom of things while keeping a modicum of professionalism.  Each time another stone is overturned, he wants to hurl it through either a window or someone’s face, yet he knows he must keep calm and carry on.  About those overturned stones, they form a very unexpected path that eventually leads to a very popular American President.  Let’s just leave it at that. 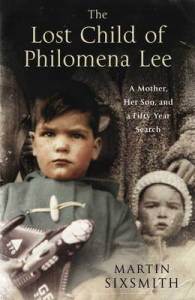 They learn things about Anthony/Michael, some good, some bad, some just interesting.  Just when you think Philomena might be the one to freak out, she accepts things without a blink.  And when you think something is matter-of-fact, she seems more riled than you’d expect.  That’s testament to both a clever story by Coogan and cleverer acting by Dench.

I haven’t read the “real” story as published by the real Martin Sixsmith, but it’s easily found and I am likely to give it a go.  Problem is, I like Philomena exactly as it is, and I’m afraid to upset it by knowing the true story on which it is based.

If you’re like me, and you aren’t impressed by explosions, convenient escapes, and CGI, then you’re going to enjoy Philomena as much as I did.  It’s not a ground-breaking film, and it’s not nearly the best film of 2013, but it is worth your time.  Superheroes not included.

Teacher gives it an A-