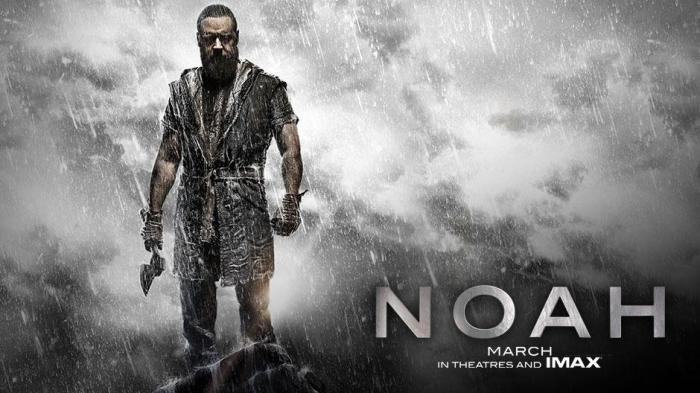 This is not one of my standard film reviews that follows my usual structure of 1. Story, 2. Performance, 3. Opinion, 4. Justification, 5. Certification.  Instead, this is more of a monologue regarding the clash between the story told in this film and any religious account of Noah’s Ark.

To be fair to writer/director Darren Aronofsky (Black Swan, Requiem for a Dream), one should watch Noah as a film and story independent from any Biblical account.  I haven’t read the actual Bible story since college, and I don’t want to be influenced into a comparison.  While most of you might know me as Agnostic, one of my favorite college courses was “The Bible as Literature,” in which we examined select chapters as a work of fiction and not a historical document.  Hey, at least I read it.

With all Christianity aside, let’s talk movie. Noah begins with images and captions that describe the first murder, in which Cain slew Abel and the subsequent events that sent Adam, Eve, and 12 angels from Eden to Earth.  Where and when Noah (Russell Crowe) lives is open to interpretation.  He seems to be wearing jeans.  His coat has a stitching that may or may not have existed at what is considered Noah’s time.  The landscape is barren and desolate, mostly covered with what looks like volcanic ash.  Food is scarce, animals especially, and one animal is significant enough that I will talk about it later. 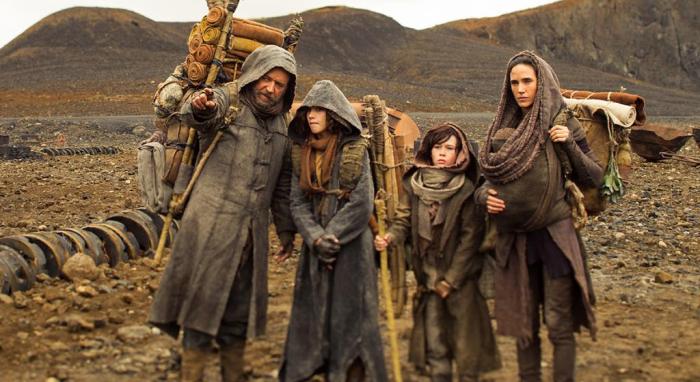 As young Noah and his father Lamech (Marton Csokas), the last of Abel’s tribe, are searching for plants and berries, a wounded animal limps past in a hurry to avoid hunters from the Cain tribe.  The hunters are not satisfied with just the animal.  Led by Tubul-Cain (Ray Winstone), the vicious leader and descendant of Cain, they kill Noah’s father. Many years later, Noah is plagued by visions and dreams of blood, death, and being underwater with dead, drowned bodies.

When he is convinced “The Creator” is about to unleash hell (no pun intended) upon Earth’s sinners, he takes his wife Naameeh (Jennifer Connelly), and their sons Shem (Douglas Booth), Ham (Logan Lerman), and Japheth (Leo McHugh Carroll) to see Noah’s grandfather, Methuselah (Anthony Hopkins), for guidance.  En route, the find the remains of a family slaughtered by the Cains.  Wounded but alive is young Ila, the grown version played by Emma Watson, whom they raise as one of their own and who eventually becomes Shem’s partner.  I could say marries, but I’m not really sure as it isn’t clear what society’s norms are as the only norm evident is survival.

Noah brings his family to Methuselah who gives his grandson a seed allegedly from Eden.  After planting it, Noah watches a forest grow from almost nothing and certifies his mission to build the ark.  First birds arrive, then snakes, then hordes of herds of everything.  But this doesn’t escape Tubul-Cain, who suspects that Noah might be on to something and demands passage aboard the ark.

Protecting Noah throughout the building process are The Watchers, a dozen former angels cast from Heaven.  They landed in a semi-liquid form on earth’s dirty, rocky terrain, which stuck to and encased their bodies.  They walk like broken, lethal robots that know enough about Noah to assist him, even though they consider and could easily kill him and his family.

I’ll summarize the review part by saying that I loved Crowe’s intensity, but it wasn’t enough to carry a film.  However, that’s less interesting than the debate regarding liberties taken by the director.  Keep in mind that there is no “true” account of Noah and the flood because there is not one tiny piece of evidence that works to prove any part of the story.  So the great flood and Noah’s Ark is no more or less factual than The Hobbit.

The “true” Biblical account of Noah is not very long, and that’s a mixed blessing for the second half of the film because two things were impossible to avoid.  First, Aronofsky had to either embellish the story or create a short film.  Second, a large segment of society was destined to complain because the story was embellished. 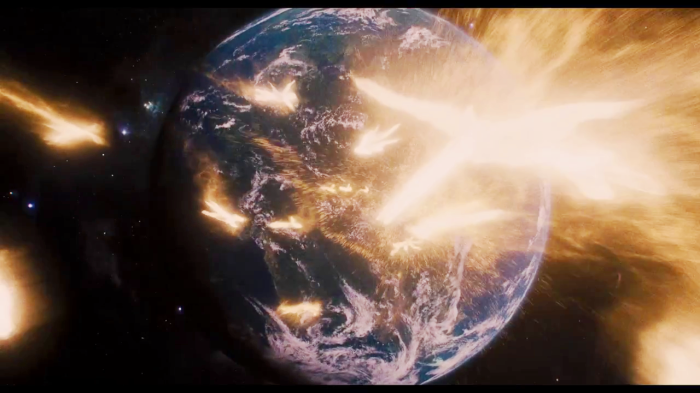 To those who called Noah a “lie” – shut up – because there was no other way to bring the story to the big screen without taking liberties with the story.  One talking head on Fox News trashed the film because of a scene in which Noah is found in a drunken stupor.  She was appalled because the Noah she grew up with was nothing but goodness and light.  If she were to actually read The Bible instead of just talking about it, she’d realize the drinking was not one of the embellished parts.

There were two embellishments significant enough for their own discussion.  One is the animal that was hunted at the beginning of the story.  It looks like a dog except that it’s covered in scales instead of fur.  Aronofsky could have easily used a fox or something recognizable, but it’s important that he didn’t.  Also, in several shots there are many stars visible during the day.  These are not elements of earth, which is why they appeared in the film.  The dog and starry sky allow for the possibility that this particular story, the one captured on film, despite having the name Noah, should not be considered a retelling of the Biblical story.  I previously mentioned Noah’s jeans and coat. 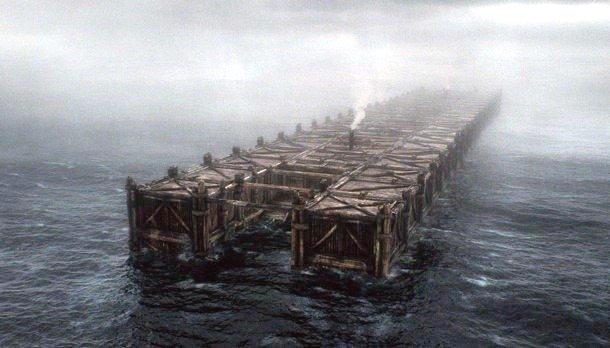 All of this is enough to separate this story from any religious account. And I say “any” religious account because the Christian/Noah story is not the only flood story.  Search any other religious document and you’ll find a similar event, so it’s not just a Christian thing.  Add to that, the name of “God” is not spoken throughout the film.  Instead, they refer to “The Creator,” which is a smart way to secularize Noah into a non-denominational story.

The Noah “purists” want – no – insist that this film is wrong simply because the word “God” is not spoken once.  However, if you’re making a film that is not completely loyal to the Biblical account, then you should not invoke the name of “God” into the film. I don’t recommend seeing Noah if you are hoping to see the illustrated version of Genesis chapters 6 through 9.  I don’t recommend it if you’re hoping to see a really good movie.

However, I do recommend seeing Noah if you want to have a genuine, informed opinion in order to enter a discussion if you’re at someone’s backyard party this summer and someone starts trashing the film without having seen it.  If you’re like me and you enjoy jumping into film conversations, even if it’s with your second-cousin’s fiancé whom you’ve never met before, then that’s about the best reason to see Noah.

Teacher gives it a C.