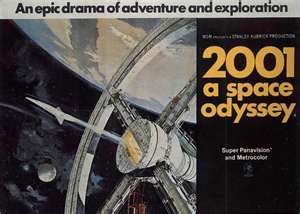 i just watched 2001 again yesterday, and i’m browsing through certain segments right now. i don’t get it. one of the criteria of a “great film” is that it should stand the test of time. another criteria is that a film should be able to stand by itself, without the benefit of the supporting information if/when it is a film made from a book.

if this film were released today, it wouldn’t get much attention. before viewing and writing this, i was going to first read some of the thoughts of all the film experts who have written rather extensively about it, but i decided to save that until afterwards because i wanted to be in their same situation when they first saw and wrote about it. they had no bank to draw from, and i didn’t want one either.

seems to me that a large part of the hoopla about 2001 were the technological aspects. take that out of the film, and i don’t see much of a story. two and a half hours of wonderful visuals, but within that, what’s the story?

a monolith appears at significant points in history. the first time, it marks and/or affects a change in evolution when one of the “apes” learns to use a bone as a weapon. it is a “dawning” or the birth of a new era.

a monolith appears again, found after 4 million years, this time on the moon, but it was likely placed there at the same time as the previous one. when a group of scientists attempt to take a picture in front of it – a rather touristy move – the giant domino emits a painful sound, which is also a transmission aimed at jupiter where another monolith will be found.

meanwhile, what is supposed to be the world’s greatest computer, built in urbana, illinois, might have a glitch. the astronauts are faced with the dilemma (spelled “dilemna” when i was a kid) of pulling its plug or trusting HAL9000 to continue their secretive mission with a goal of which they’re still unaware. the computer realizes what they’re considering and kills one of the astronauts while he’s on a repair mission. then HAL kills the other astronauts still in hibernation.

there were questions about the mission’s secrecy, which astronaut bowman learns after disabling HAL and then realizes that their mission to jupiter was all about a third, and much more massive monolith found there.

when bowman arrives at the jupiter monolith, he’s entralled by a laser light show so amazing that it likely killed him, and then we get to see his fleeting moments of imaginary and hallucinatory brainwaves that would have played well with most any led zepplin song. the film ends with a shot of what may or may not be earth being studied by what appears to be a giant fetus, still in its amniotic sac, and it could be a way of expressing that earth, like the fetus, or “man,” like the fetus, is only at the beginning, despite the many “dawns” man, life, and the earth have experienced.

whew. having said all that, i’ll go back to my original point – it’s just the technology that is thrilling. it ain’t much of a story. the spacewalks, the flight stewards dealing with zero gravity, the shots of the moon and other stellar bodies, that’s what it’s all about. and as far as my previous question – standing the test of time – i’d say the technology does that, although inconsistently. for example, zero gravity: sometimes it’s present, sometimes not, on the same ship. on the flight to the moon, the lead investigator, dr. floyd, is eating a liquid form of peas and carrots, likely because it saves space and weight on the ship. however, on a much smaller ship with a greater need to save space, they’re eating ham sandwiches. on the trip to jupiter, during which there must be hibernation to deal with life support, they’re also eating semi-solid foods which is also inconsistent. 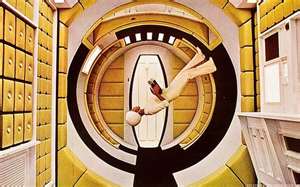 when i watch a film or read a book, i ask questions. and if i can come up with a question that seems vital, then the story better answer it. and if they don’t answer it, they better have a good reason. and if they don’t have a good reason, then the story suffers in my eyes. the single most dramatic moment of 2001 is when bowman asks the computer to open the doors to the ship so he can return after retrieving the body of the astronaut that may have been murdered by that same computer. after several questions, the computer tells bowman that he’s not going to continue the conversation. bowman then manages to board the ship, but now the computer wants to talk. my question is this: why didn’t bowman ask the computer why he murdered – or IF he murdered – the other astronaut? why doesn’t he just ask, “hey, what’s going on?” instead, bowman ignores everything the computer is saying and disables him without any questions. that’s completely illogical because it was a great opportunity to find out what happened and how to prevent it in the future. 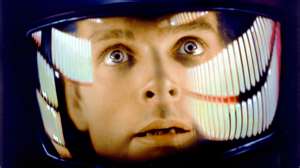 the first appearance of the monolith showed a shift in intelligence. the “ape” might have used that bone as a tool but instead used it as a weapon. good for him, bad for others. when the computer kills the astronaut, it again shows intelligence being used as a weapon, but there was no “good” alternative other than for the computer to explain to bowman what and why he had done what it did. it’s possible the only right answer is that man programmed the computer, so somewhere in the programming was the instinct for violence. 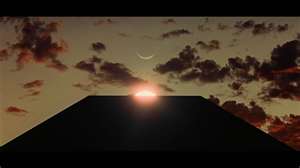 i’m not saying this isn’t all an important message, but i am saying that it doesn’t take 2 1/2 hours to tell that story unless you’re trying to overwhelm the audience with technology. i’d rather have gotten that message through an essay or a short story. I know there was a novel, and the novel always explains more than the film due to time constraints. however, it wasn’t a situation like “lord of the rings” or “harry potter,” in which the film had the benefit of assuming that a large number of viewers had already read the book, thus allowing the director to take liberties with the script because the audience’s book knowledge will fill in the blanks. in this case, the book and film were written simultaneously (according to wikipedia) so that advantage did not exist. after reading about the novel, i can now know that the hallucinatory stuff near jupiter was supposed to be astronaut bowman getting a glimpse of other worlds because the monolith is actually a portal to other parts of the universe. great – but there’s no way to get that from the film. and i’ve thus read more about the novel that, as usual, poses significant points that have been left out of the film, and that also greatly detracts from anything that is on a list of greatest ever.

regardless, when it comes to film technology and story telling, i’d have to rank star wars ahead of 2001.