This is not a list of the top 10 greatest movies of all time.  This is not a list of films that are so “great” you have to attend lectures and festivals so that someone can explain just how “great” they are.  If a film needs an explanation, can it really be that great?

This is a list of films for everyone – the artsy folks, the blue collars, the white collars, the hipsters, the baby boomers, the semi-retired, the housewives, the kids (in some cases), and even old farts like me.  Invite me over.  I’ll show you just how old I am.

I was going to have an item #4, which was that no film could have been adapted from a book because I didn’t want any of the filmmakers to have a head start.  However, that would have excluded more than half of the list, including my single favorite, so I trashed item 4.

I chose one film from 25 genre.  I’m sure there are more than I have used, but I only used the ones that I either care about or thought of.  Feel free to point out others that did not come to mind.  The 25 genre are broken into five categories, so I’ll tackle five films in each post because I know it can get annoying to read too much about one thing at one time.  I know you have other things to do, and reading blog posts is not chief among them, even if it’s mine.

These aren’t the movies – just the genre.  I know, right?

A. For the Adrenaline

When the action takes place in out of the ordinary locations and, with a great stretch of imagination, could actually happen, unlike science fiction

Action/adventure but in a fantastical, unreal world with magical things

sort of like action/adventure but with futuristic gadgets, alien creatures, mixed with a basis of science

with uniforms and countries and really big guns, likely planes too

B. For the Dark 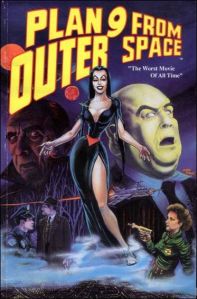 considered by many to be the worst film ever

unlike the psychological suspense, with people being chased by something

still messing with your head, but with nudity and at least a suggestion of sex

III. For the Individuals

just the human element of drama, but not the drama queen kind

with or without balls

when a movie pulls us into someone life, and the only way to end the story is with their death

Mobs, gangs, cops, I see dead people.  There goes another one.

D. For the Laughs 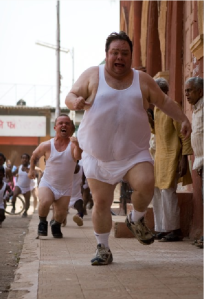 when stupid people do stupid things and we love it

when you really have to listen to the dialogue

a combination of goofball moments with witty dialogue mixed in

when it makes fun of something that we already know about

Because there are enough that they deserve their own category

when a band performs live on stage with cameras rolling

what’s in the box?

This is for the movies I’ve loved that juuuust don’t seem to fit into the regular categories, and with good reason.  They’re not right.  They’re a little – off.  They got issues.  And they rock.

At this point, you might have noticed that I’ve got about 800 words and haven’t even mentioned one movie yet.  Sucks, I know, to read that much and now learn you have to wait until the next post just to see the first group.  I’ll hope you’re interested enough to come back for the actual movies.  Feel free to leave your nominations in the comments.  They won’t sway my opinions, but it could start a nice conversation.  Or a fight.

Coming soon:  For the Adrenaline…