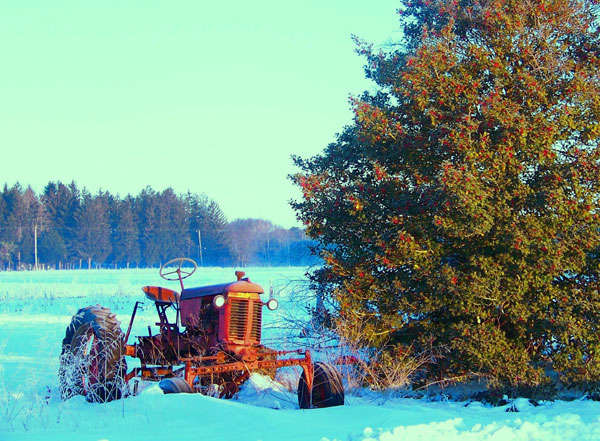 a farm in mays landing, nj.  i pass this every day, rain, shine, snow, whatever.  i’ve taken several pictures of this area, including a cool rainbow, which i should find and post here too.  grrr.

we were in epcot center and had just come out of the “figment” ride when the kids had to use the restroom.  while waiting, i noticed the interesting side of the pavilion, mirrored, and the cornflower blue sky above, intermittent clouds.  i tried ti keep myself out of the picture, but it didn’t work out.  ten feet away, kids were whizzing.  go figure.

this was pee wee.  he was a good dog, but i didn’t realize how good until he died and i could then compare him to his annoying sister.  he was sleeping on a chair, and i was messing with the aperture settings on my camera.  this was one of about 20 pictures i took at various degrees of exposure.  he looks kind of angelic, which makes sense because that’s where he might be.  with angels.  if you want to believe that stuff.

i think the caption says everything there is to say.

you can have a bigger house, and you can have more lights, but it’s probably not going to “feel” more like christmas than this house.

my daughter belongs to a religious group that has a yearly winter weekend retreat in upstate new york.  i went along last year, not for the relgiousness but for the scenery, and also to spend extra time with my daughter.  it had snowed heavily last year, but this particular weekend was rather warm.  the warmer air hovered over the snow and ice and made for some rather foggy conditions.

i was on my way home from home depot and saw the late afternoon sun backlighting the flag through the frame of the trees.  i spun a u-turn, then another, then got this while hoping nobody came out of the house and chased me away.