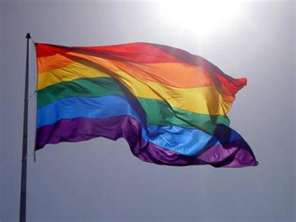 this topic recently came up on someone else’s blog, so i thought i’d repost my essay from about 2 1/2 years ago, originally published by pikerpress.com.

Over the past few years, a great deal of money has been spent, efforts put forth, attention given, words spoken, words yelled, words cursed, and pain suffered in the debate of gay marriage. It passed, then it didn’t, then it sort of did but in limited run, but then it was taken back again. Make it federal, leave it in the hands of states, it was ping pong. I don’t know if all gays are for it, nor do I know the percentage of heterosexuals against it. What I do know is that I am one heterosexual in favor of it. I arrived at my conclusion through logic and reasoning, which have no place in a political debate, but this is a personal issue, not political.

Before I can explain my logic, I must set some definitions. When I use the name of God, it really includes both God and Nature in order to allow room for the Atheists, the Agnostics, and the Unimpressed. Also, God is easier to type and commands more attention from those against gay marriage. If someone says, “May Nature strike me dead,” we know it’s going to take about forty years longer than if God is called to the plate. My logic simply traces two roads, one each created by God and Man. One, however, has better landscaping and sewers.

First, we must examine the Man-made elements of the debate. They include law, marriage, the Bible, and/or any other supernatural reference material such as the Koran, the Torah, and a few chapters of Dianetics. Let’s admit that Man really wrote the Bible. God holds the copyright and may have edited some. God probably wrote the The Honeymooners, but Man is responsible for any The Three Stooges episode that includes Shemp.

Man created laws to protect innocent or uninvolved people from harm. Laws were not made to stop you from having fun, but a few sections of Philadelphia are definitely not as much fun as they used to be. Hunting laws protect us not by eliminating hunting but by keeping hunters at a distance so you can have a cookout without bullets ripping through the umbrella, or mother-in-law, that covers your deck. Laws don’t eliminate alcohol consumption but regulate it so you have to be either 21-years old or have parents who allow you to refer to them by their first names. Long before we created laws and marriage, we were doing a fine job of hetero-sexing it up enough to go forth and multiply for thousands of years without the existence of marriage. But you broke it, so you bought it.

What has been made by God? Man, woman, the conditions of hetero and homosexuality, sexual reproduction, and Play-Doh. There is one clear difference between what was made by Man and God. What was made by man can be changed by Man. What was made by God cannot be changed by Man, except for Joan Rivers. Whether Christians like it or not, God made homosexuals just as he/she/it made you and me. However, it was a mistake. Ouch. Sorry, but homosexuals must face the fact that being gay was not part of intelligent, Darwinian, nor any other design. Well, maybe ergonomic design, but only if they shave their body hair. Millions of people are born with various errors such as blindness, cerebral dysfunctions, muscular issues, and throwing like a girl. We must also count gay as one of those errors, but please let me explain before you hit me.

Similar to the explanation in Jurassic Park, all humans are female at conception, even Italians. At about three months into development, there are internal fireworks that release hormones throughout the body. If that body is supposed to be male and not female, there are hormones that alter both the body and the brain, sending them into a rather masculine direction. We know the male and female brains are different, and these hormones are responsible. A high school phys. ed. class might be involved too, but it’s only a theory. Anyway, if that body is supposed to be female, then the hormonal shower doesn’t take place, and the brain and body of that growing life form remain female.

The human body and other mammals have an immense lineup of organs, cells, and assorted parts and parts of other parts. Too often, the growth and development of these parts isn’t always on target. Sometimes the hormones that change the body from female to male are successful, but the hormones designed to make the brain male miss their cue. The result is a male body with a female brain. Female brains are designed to seek a male partner. A male body seeking a male partner would be a gay male. The other option would be when hormones successfully change the brain to male but the body remains female. A male brain seeks a female as a partner, thus producing a gay female and possibly an excellent college softball player. This happens to roughly 8% of all forms of life: humans, dogs, birds, monkeys, gymnasts, everything.

Man did not make homosexuality or homosexuals, which means we can’t change them. Man did make laws, which means man can change laws, even those written by our Founding Fathers. We’ve shown them great respect by treading lightly upon what they’ve given us, but we have made changes when necessary. Usually, action is needed to protect any one of their most vital gifts, “life, liberty, and the pursuit of happiness.” Legislation has banished slavery, given women the right to vote, and provided equal access for the physically challenged. We’ve cut down barriers to provide equal education and, right or wrong yet to be determined, we’ve taken Affirmative Action. We’ve done and undone a ban on alcohol, so clearly we can change our minds and change them back again, establishing that nothing is permanent. Compared to these other Constitutional changes, allowing gay marriage seems rather simple and unobtrusive, until you ask someone’s opinion.

A common mistake is made when choosing sides in this debate. People ask themselves, “Would I enjoy a gay marriage?” More than 90% of the population should say “no,” but that’s the wrong question because nobody is asking voters to be in such a marriage. What people should be asking themselves is, “Would I be negatively affected if gays were allowed to marry?” Probably not.

Let’s look at your co-worker Christine, or we’ll say Chris instead. Chris has a boyfriend also named Chris who lives about ten miles away. They each maintain one-bedroom apartments because neither can afford a mortgage payment. They’ve been a happy couple for five years, but the subject of marriage has been little more than a hint. They both have good jobs with health coverage, and they enjoy looking for antiques, travel, movies, and finding new street-side cafés in the city.

Unfortunately, their respective families do not like the other Chris, and neither Chris is welcome in the other’s family home. On Thanksgiving, Christmas, and Easter, they must decide whether to spend a solemn day together or listen to unasked questions as relatives and family attempt to include each Chris in a conversation before suddenly needing a refill. Together or apart, holidays are bittersweet and emotionally searing.

Chris A’s job and co-workers lean on him increasingly. When Chris B goes out with friends, they usually try to set him up on a date, but his disinterest feeds suspicion until they no longer invite him along. His isolation has manifested in excessive drinking and suicidal thoughts. Chris A occasionally finds him on the couch with empty bottles on the floor. Their relationship exists only because Chris A worries about what will happen if they don’t have each other because they were both alone for twice as many years as they’ve been together.

But what if they were married? They would proudly live together instead of coming and going at late hours to avoid prying eyes. They would combine incomes, easily afford a three-bedroom home and property taxes, support a nice suburb, and commute to the city together. Pooling two incomes means shopping in bulk to save a few bucks to spend elsewhere in a struggling economy. Two people on one car insurance policy, combined with a homeowner’s policy from the same company, brings a discount that saves more than $1,000 a year that Chris could put towards his master’s degree or spend at the Mom and Pop antique shop that might have otherwise closed.

Many companies offer an insurance “opt out” program in which an employee can decline health coverage and use the coverage of his or her spouse. The $10,000 that an employer spends for each policy is split, thus putting $5,000 back in the boss’s pocket and giving the other $5,000 to Chris. That’s a new car every three years or maybe part of an investment towards a small condo at the beach. Imagine more couples like Chris and Chris getting married, and more employers saving $5,000 for each couple. That also means more bonus $5,000 checks to Chris and others each year that would go a long way to stem the tide of layoffs and boost a weakened economy.

From what I can see, gay marriage shows only positives. It can help the economy and make for happier, more productive employees who drive their new car home or maybe to the beach on weekends. Most important, above the new cars and beach home, comes the peace and the acceptance among friends and family. Then Chris A and B can sit together with brothers, sisters, and parents to hold homo and hetero hands around the Thanksgiving table.

40 thoughts on “In Defense of Gay Marriage”