reposted from two years ago – because you never saw it…

i was a child of the ’70’s.  the first new year’s eve i can remember was 1971.  the tv shows that left impressions upon me were all in the family, the odd couple, m*a*s*h, f-troop, get smart, happy days, welcome back kotter, and i’m sure i’ve left out other very good ones. 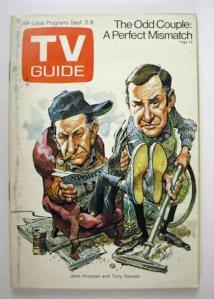 more important than television was the music of the 70’s.  led zepplin, CCR, springsteen (who transcends several decades), tom petty, the who,  the punk era, early disco, and everything now known as “classic rock.”

when i was a kid in the ’70’s, my parents listened to “oldies,” which was and still is the four seasons, the supremes, the coasters, dion and the belmonts, the everly brothers, jerry lee lewis, the del vikings, and anything that falls under “doo wop.”