(reposted, and less relevant because the show has new characters than when this was written, but you still haven’t read it, so deal with it.)

I don’t watch much television, maybe only three shows: some sports, The Daily Show with Jon Stewart, and I occasionally watch House, but only because someone else is watching it and I’m in the same room.  Although the character of Gregory House is very interesting, it still comes down to the show, and it’s a stupid show because every episode is the same 12-step program:
1. patient with something unusual gets brought into the hospital.
.
2. patient has symptoms that seem to be obviously something.
.
3. House makes a racial joke about Foreman
.
4. treatment begins, and House is wrong
.
5. new treatment, still wrong, patient now critical
.
6. House will flirt with Cameron, whose hair color changes every week
.
7. new treatment, still wrong, patient really critical
.
8. yet another treatment, still nothing, patient about to die
.
9. House wants to try a controversial treatment/operation and pesters his boss, Dr. Cuddy (usually sporting an inappropriately low-cut top, a mop of sad hair, and a nice ass depending on the camera angle) into approving the treatment/operation.  Before leaving her office with or without approval, House makes a comment that constitutes sexual harassment.
.
10. with or without permission, House orders the controversial treatment/operation even though the treatment/operation itself might kill the patient
.
11. just before the treatment/operation begins, House sees a random thing that causes him to realize what the problem really is.
.
12. House limps in to stop the treatment/operation and explain to the dying patient that he or she will not die and also that the patient is stupid in one way or another.
. 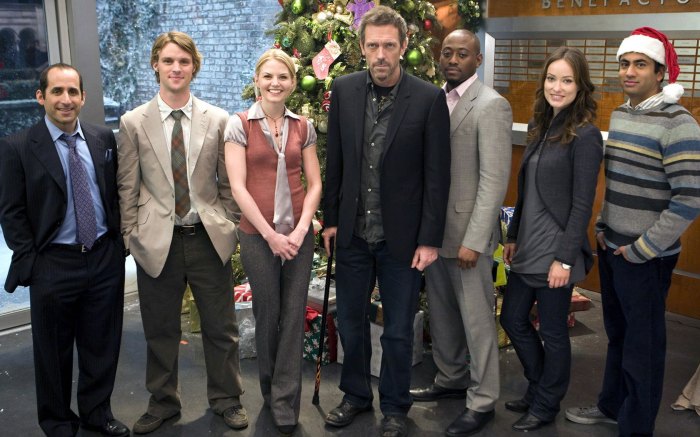 The other characters constantly make mention to the “fact” that House is never wrong, but that is far from correct.  If House were never wrong, then these patients wouldn’t be on death’s door so often, and they wouldn’t be saved by such randomness.  In one episode, it was a chess piece that triggered the realization. One of my favorites was when a woman was dying because of an irregularity that was connected to her period. House was talking to his boss and mentioned an “Aunt Flo.” So the word “Flo” made him think of “flow,” which made him think of menstrual bleeding. the writers were really hurting that week. My real favorite was when he was leering at a 16-year old girl as she walked away from him, and her red thong was visible above the waistline of her jeans. The color red made him think of Rocky Mountain Red Spotted Fever. So I guess if he weren’t staring at a teenagers ass, the patient would have died? And this man is a genius? Not in my world. In another episode, a woman was about to have a brain operation until the random thing happened – which was a cat sitting on house’s computer. they even pointed it out this time.  If this were baseball, his batting average would be about .100 because it takes him about ten tries an episode before he finally gets it right.
.
And now, an unnecessary collection  of Jennifer Morrison’s various hair colors because she’s incredibly pretty and looks startlingly like an ex-girlfriend of mine, who also worked in a hospital and now works as a forensic investigator for the FBI.  So you can be sure I’m not saying any names. 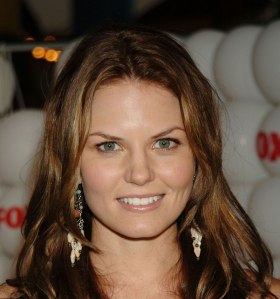