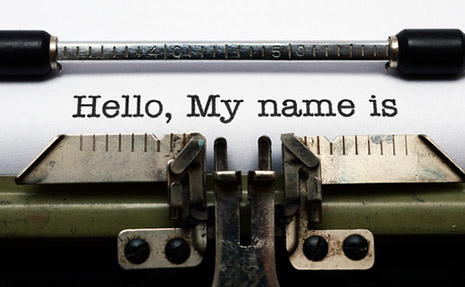 I’m not 100% liberal, but I lean far more left than right.  Probably what keeps me off the liberal top 10 list is that I’m okay with the death penalty in certain circumstances.  Items on my liberal agenda include legalizing marijuana, believing in global warming, pro-choice, equal pay for equal work, the Affordable Care Act, and probably a few other things.  I’m cool with anything involving women’s rights, as long as nobody attempts a “redistribution of genitalia.”

When it comes to race, I hope for a day when things are actually equal.  My kid’s school is so pale that I tried to recruit minorities from nearby towns just so the kids could get an idea what the rest of the world really looks like, but that didn’t go over well.  There may or may not be an upcoming hearing, but I’d rather not talk about it.

When it comes to the gays, I’m as gay-friendly as can be, except for the actual gay parts of being gay.  You know, like the activities.  That’s where I draw the line.  Otherwise, I say they should have the right to gay it up all they want.  Get married, divorced, adopt kids, dress them up as rainbows or Richard Simmons on Halloween, use too much glitter, whatever works for you.  Or them.  When it comes to your “personal” activities, i don’t care if you go with an MM, FF, MF, FM, MFM, FMF, EIEIO, I’m cool with all of it.  Just keep the door closed, but feel free to leave the camera on.

There is one liberal trend that I tried, did my best with, but have subsequently realized is more than just a bad choice.  It will eventually prove itself to be counterproductive, having the exact opposite effect from its initial intention.  It is the hyphenated last name.

Getting back to me – I’ve been too liberal for my own good, which is why I’m suffering now.  I never proposed to my ex-wife.  Instead, she proposed to me.  After five years together, she said, “We should start planning our wedding.”  I looked at my watch, shrugged, and said, “Yeah, I guess, whatever.”  When we applied for the marriage license and the clerk had already written both of us with my last name, my future ex-wife said, “Wait.  This is wrong.  I’m not changing my name.”  The clerk looked at me.  I looked at my watch, shrugged, and said, “Yeah, I guess, whatever.”  In all the months and minutes leading up to that moment, not once had that been a topic of discussion.  I truly didn’t care one way or the other because I did not imagine it would affect me at all.  So far, two significant things occurred without me having to get off the couch, and I was good with that.  We had already been living together about four years, so getting married was little more than a piece of paper.  It affected the IRS more than it did me.  It wasn’t until decision #3 came along that I thought it might be time to stretch my legs a little.

An exciting time for any couple is picking out baby names.  Naturally, what creates the need for the name is far more exciting, but I’m not writing about that, not today.  Some couples pick names of significant relatives or people in their lives while others recycle their own names to honor themselves.  I know a family with about six living males named Tom.  How creative.  Luckily, my bride-not-to-be and I agreed that we liked short, timeless names and that Tom would not be one of them.  John and Mary would have worked, although the one thing we added was that the first and second children would share our first initials respectively.  Neither of us was interested in the more trendy names like Max, Dylan, Britney, Brittany, Caitlyn, etc.  It seemed to have been settled quite easily, until a discussion surfaced about last names.  It went something like this:

Her:  These kids belong to both of us, right?  Why should they only have your last name?
Me:  Because it makes everything easier?
Her:  Easier for who?
Me:  Everybody.  For the kids, their teachers, filling out forms, getting things personalized.  Everybody.
Her:  Everybody except me.  It’s like I’m not even part of their lives.
Me:  That’s because you chose to keep your last name.
Her:  So you’re saying it’s my fault?
Me:  I’m saying if you had changed your last name, we’d all have the same name, and this wouldn’t be an issue.
Her:  And if YOU changed YOUR last name to MY last name, it wouldn’t be an issue either.
Me:  (Looked at watch, shrugged.)  Yeah, I guess, whatever.

So, the kids’ names were hyphenated, and when they were old enough to understand what the hell we did, they hated it.  Instead of writing out two last names, my younger one usually just hyphenates the two last initials.  When my older one turned 18, she legally changed her name, dropping mine because her mother’s last name alliterates with her own first name, and there are also alphabetical advantages when such times occur.  The younger one has even said that she plans to get married as soon as possible just to get rid of the hyphenation and take her husband’s last name.  That’s when I realized how stupidly selfish and ass-backwards this whole hyphenation thing has turned out.

The traditional idea of using the husband’s last name was to further the family line, to continue that surname into whatever history lay ahead.  Of course, that likely only works out if a child is male because a female, should she marry, would take her future husband’s name.  So right there the idea of furthering the male’s last name is a 50/50 shot.  For the wife it’s a zero shot – but it’s not about her.  (Author ducks objects launched by women who may or may not “throw like a girl.”  Author ducks again because of the “girl” comment.)  To repeat, it’s not about “her.”  It’s about her family.

Just as it would have been a 50/50 shot for me to have a boy and pass on my last name, we need to back up and recognize that the wife’s own family included a 50/50 shot to pass on their father’s last name.  The wife, equally with the husband, has an equal chance of passing on their last names through their own immediate families, and that’s the key point that this liberal practice doesn’t see.  It’s not about individuals or individual rights – it’s about the families from which they came.  Wives and husbands both need to recognize one certain fact:  when you slap your children your hyphenated last names, you both have ZERO chance of passing on your last names because your very annoyed children are not then going to hyphenate three names.  By hyphenating your names, you sign your own family death warrant and you affirm that your daughter’s husband’s last names will prevail.

What about when your boys grow up and get married?  What happens when little Jimmy, now known as Big Jim, sits with his bride-to-be-for-maybe-ten-years and they look at her last name of “Ranger” and his last name of “Sherwood-Forest”?  Do you think she wants to be known as Mrs. Sherwood-Forest or Mrs. Sherwood-Forest-Ranger?  Or just Mrs. Ranger?  She’s got a better chance of convincing your son of changing to her last name than he does of convincing her to go along with his name that sound like either a comic book character or a law firm.

One reasonable debate for hyphenation is in cases of divorce.  I’ve known several women who did not enjoy keeping their husband’s last name but still did it just to have a better connection with their child once the husband was separated from the family.  Sadly, that is basically what happens.  It’s not an equal split because the mothers tend to get far more time with the children than the fathers get.  Considering how many advantages most mothers enjoy when divorce occurs, the case of a different last name is not such a bad thing.  Yes, of course I’m not talking about all divorces, only a majority of them.  Divorces, at least in my state, find a husband guilty until proven innocent.  If the mother wants the kids 12 days a week, she is likely to get it, and it’s up to the father to prove he deserves anything close to equal time.  I can speak from personal experience that if your bride-to-be-a-nasty-bitch tells the cops you hit her, then there will be a piece of paper somewhere that says you hit her.  It doesn’t matter if you have four fresh, bloody scratches across your scalp – you’re guilty.  As you can see, I’ve clearly learned to let it go.

Another reasonable angle in all this is that when a wife does not take her husband’s last name, it causes a lack of family unity and is more likely to result in divorce.  I have no clue if that is valid, but I do know that picking a woman who is bat-shit crazy is beyond valid.  As I said in the beginning, I’m about as liberal as they come.  The only time I recall being anything close to assertive in my marriage was when the ex, for maybe the tenth time, said, “It’s MY way or the HIGHway.”  I did not look at my watch, and I did not shrug.  I started feeling at my pockets.  She asked, “What are you doing?”  I said, “Looking for toll money.”

If that were to happen today, I would just use my EZ Pass, and I’m pretty sure the “EZ” is not hyphenated. 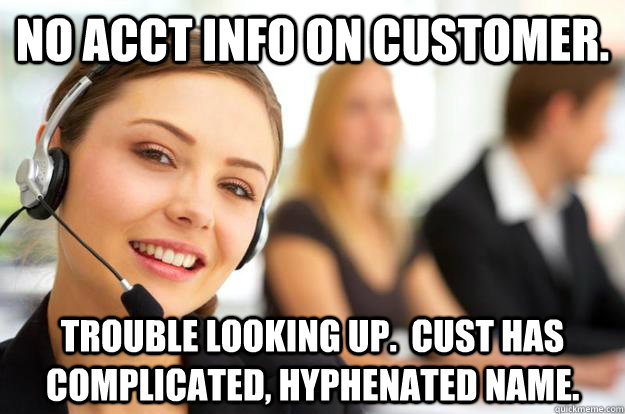 20 thoughts on “Hey, Hyphenate This!”