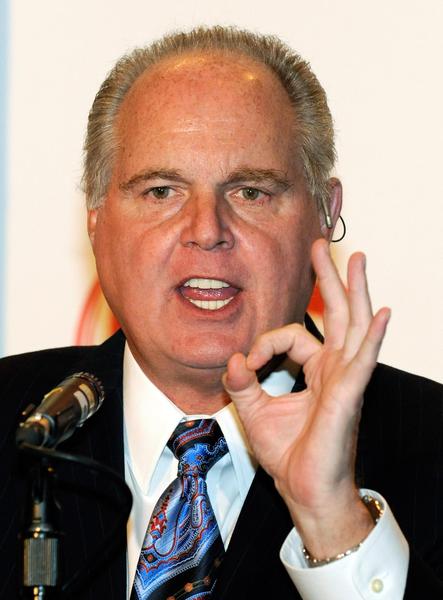 It’s about lying, and more than just regular lying, like a kid lying to his mother about not having homework, I mean a national figure knowingly lying through the media to the American people.

Rush Limbaugh today talked about how the state of Arkansas cut some of their state sales taxes.  The fear was that there might be a revenue loss.  However, cutting the sales tax caused people to get out and spend some money, knowing they’d be automatically saving roughly 6%.  The increase in spending actually caused an increase in revenue instead of the loss that was predicted.

That’s a great story that shows what happens to the economy when you put more money into the hands of the middle and lower class.  The upper class doesn’t really factor into
this because they don’t sit on their money until there’s a drop in sales tax.  If they need, they buy without hoping to save 6% in sales tax.  But that’s not how Rush spun it.

Rush told this story in the wake of talking about renewing the Bush tax cuts for the rich.  After telling the same story about Arkansas, Rush summarized it by saying that this
demonstrates by tax cuts are so important.  Literally, he was correct, but not when you strongly imply that the Bush tax cuts were responsible for this revenue increase.

C’mon, Rush.  You can do better.  Or, maybe you can’t.  During the debate over President Obama’s universal healthcare bill, Limbaugh and many other Republicans kept repeating
the same GOP talking point:  “The American people do not want this plan.”  It’s a very ambiguous statement, but it’s a very easy lie.  What does “the American people” mean?  Literally, it should mean “all” of the people, but that’s not possible.  If I say “the team,” that means all of them, but it doesn’t have to.  I can say the words “the American people,” while only thinking about one segment, such as those American people with whom I agree, and I’m sufficiently covering my lie.  The proof is that every poll leading up to that healthcare vote clearly showed that more than 50% of “the American people” said yes, we want that plan.

If there’s anything the Republicans have learned, it’s how to lie with a straight, unapologetic face.  They are especially good at repeating, repeating, and repeating a lie with the hope of convincing the public that it’s the truth.  They’ll say it on television, at speeches, on
talk radio, and on the senate floor.  They know they’re lying and their opponents know they’re lying, but too many of “the American people” have become complacent enough to believe the lies.  One of the problems is that the press also knows they’re lying.  All it takes is one reporter to stand up at a press conference and ask, “Senator, why do you keep
saying that the people don’t want this plan when polls show that a majority
really does want this plan?”