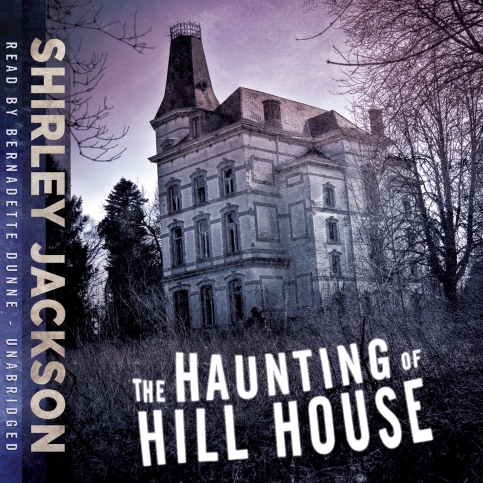 The Haunting of Hill House (horror)
Shirley Jackson – 1962
Not recommended

For short stories, Shirley Jackson is a master for authors to emulate. For novels, not so much. The only reason I picked up The Haunting of Hill House was because 1. The author, and B. the people who accused Richard Matheson of “borrowing” from Jackson when he wrote Hell House. Turns out the similarity is that four people spend roughly a week what is reputed to be a haunted house. The difference is that Matheson’s work is outstanding while Jackson’s should have been left standing out in the cold.

The story is told through the eyes and mind of Eleanor Vance, one of two people who accept an invitation from Dr. John Montague to spend a week or so in a remote home hidden in rolling hills several miles from the nearest town. She knows nothing about the doctor, but she knows plenty about her family that has bullied her into timid submission to the point of basically being treated like a child by her sister and brother-in-law with whom she lives. Montague invited her because she seems to be good at the Zener cards test, in which the subject guesses if a drawn card has a red cross, a black square, a yellow circle, a green star, or blue wavy lines.

Also accepting the invitation are Theodora, a flamboyant artist, and Luke Sanderson, a future heir to the home. Theodora spends most of the time at Hill House teasing and flirting with Eleanor. Luke does little more than provide Montague with another male for conversation and chess. The most important thing Luke does is probably complain that he never knew his mother. He gained my sympathies, but he didn’t gain my interest.

The four spend a week in the “legendary” Hill House, waiting for some kind of evil things to happen. At least one reviewer has called this a ghost story that has been “scaring years off readers’ lives.”  The closest I can come to that claim is that it wasted a few hours of my life, but that’s about it. There’s little more than a few voices heard through walls, laughter in the hallways, doors that open and close on their own, the usual haunted house things.

The most serious thing that happened, albeit not very scary, was what seemed like blood covering Theodora’s clothing as well as an unclear message written on the wall of her room. Those things seem fairly significant, but there’s no real context or connection for them having been done to that particular character. Part of the charm, for lack of a better word, is figuring out what happens to whom and why in order to build anticipation to what may happen next. Unfortunately, nothing worthwhile happens next.

Mrs. Montague, wife of Dr. Montague and a medium in her own right, shows up near the end of the week. She enters assertively, as if this house is hers to conquer and as if the others present are just amateurs who need to step aside. She spends time with what compares to a Quija board that divulges nothing that can be proven, and there’s a suggestion that Eleanor may be telekinetic and controlling the device.

It doesn’t take long for Eleanor to have other episodes after Mrs. Montague’s arrival, but I’ll leave those for you to find if you choose to waste you time reading The Haunting of Hill House. Shortly after those episodes, she’s treated very much like a child, much like she was treated by her family, and she’s asked to leave. Her departure is dramatic and tragic, but it is not a surprise. It seemed as if Jackson wasn’t sure how to end the story, so she used death to do it for her.

The ending was unfair, but it was also understandable from an author’s point of view. A story needs an ending that make sense. The story made no sense, so there was no way to have an ending that could do what the rest of the story could not do. What also makes no sense are the amazing positive reviews or the comparisons to what Matheson wrote. It’s easily possible he was inspired by Jackson. If so, I’m thankful. If not, then I’m even more thankful.

It’s possible I approach stories like this, and perhaps all stories, a little too logical. For example, why would two women who have no knowledge of Dr. Montague accept an invitation to spend a week in a secluded home miles away from anyone else? For that matter, why would any man accept that invitation? Maybe back in ’62 things were different. I was born in ’62, so yeah. I guess things were different.

6 thoughts on “1-Minute Book Reviews: The Haunting of Hill House”