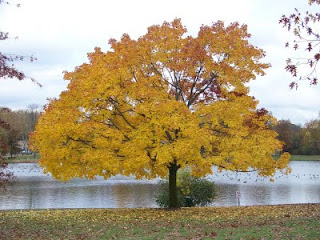 (reposted, because you never read it)

There’s no question that I love summer, always did as a kid, having played baseball throughout childhood both little league and street league.  However, as blasphemous as it seems, there came a time when I was ready to go back to school.

There’s something about new shoes, jeans, long sleeve shirts, and a light jacket that turns me back into a 12-year old.  There’s something about picking out a new backpack, pens, erasers, and other school supplies that screams in smiles.  That’s probably why I became a teacher.  It doesn’t hurt to have an October birthday.

My first concert ever was 1978, Bruce Springsteen at the Capitol Theater in Passaic, NJ.  It was a nice October night, and I’ve been able to snag a copy of the same show on CD off E-bay 30 years later.  No, of course it wasn’t legal, but it’s gold, no doubt.

September through January, when school let out at 3pm, we ran home to change into play clothes and then headed to the town park for football.  If you had a shirt with any amount of green, it was just as good as a NY Jets jersey.  If blue, then you believed you were on the NY Giants. No other teams mattered.  We played until the 5 o’clock whistle blew, which was loud enough to hear at every corner through the square-mile town of Lyndhurst, NJ, only five short minutes from the Lincoln Tunnel.  Latecomers had to wait for an even number to join a team.  Nobody had an arm like Pete Miserak.  Nobody had the speed of Benny Esposito.  Nobody complained like Scott Lindskog.  Nobody knew everyone else’s touchdown totals like Mike Tesauro.  And nobody thinks about those days as much as I do.

(yes, i am in this picture somewhere)

I worry about kids today.  Those days taught us how to work with others, how to be fair when making teams, how to solve problems by watching defenses, when to stick to your guns on a controversial out-of-bounds call, and when to walk away when someone was too stubborn or about to call their big brother.  We learned simple math from keeping score and geometry from figuring out which trees marked the goal line and sidelines.  Today, kids shut themselves in the house with Nintendo, Playstation, Xbox, and whatever else is out there.   They don’t play together; they play against.  They’re too accustomed to hitting a “reset” button instead of working it out.  They sit back and wait for their parents, or parent, or guardian, or grandma to take care of everything for them.  They just aren’t willing to work, and nobody has shown them how to get things done for themselves.

You want to smell the greatest smell in the world?  If you’re north of the Mason-Dixon Line, go outside on the first Saturday in October at about 10am.  Feel which way the wind is coming from.  Lean back slightly, flare those nostrils, and slowly, deeply inhale.  It’s the closest I’ll ever get to a time machine.