This one is for the nerds out there, like me. 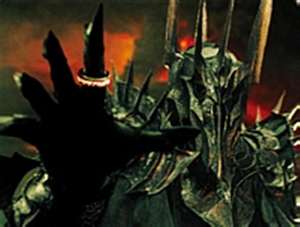 In the Lord of the Rings fight scene in which Isildur cuts off Sauron’s finger, thus taking the One Ring from him – every time anyone else has worn the ring, it makes the wearer invisible.  Why wasn’t Sauron invisible?  Just asking.