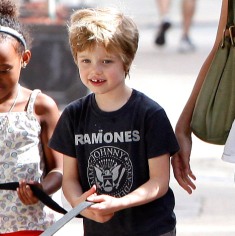 (Los Angeles) – Following her recent surgeries to stave off the potential for breast and ovarian cancer, Angelina Jolie has now taken preventative measures with her children.  Starting with 8-year old daughter Shiloh, born in Namibia, Jolie has ordered the child’s teeth removed to stop any chance of the her ever having cavities.

“It’s painful, I know,” said a Jolie spokesperson, “but think of the pain that will never happen.  Plus, she eats candy like an Ethiopian eats dirt.  Basically by the handful.  And the lazy little shit never brushes her teeth.”

Jolie recently elected to have her ovaries and fallopian tubes removed in order to stop the risk of ovarian cancer, a disease that took the lives of family members, including her mother.  Statistically, she faced a nearly 90% risk of contracting ovarian cancer, causing many doctors to praise the move. 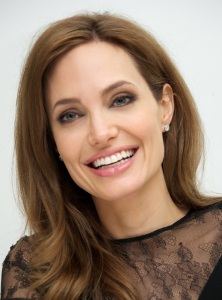 “Besides,” said the spokesperson, “she wasn’t really using them anyway.  They just sit there, and then you get your period, you get all crampy and pissed off.  You risk scaring Brad so much that he runs back to Jennifer Aniston.  So ripping out the ovaries is like a win-win.

In addition to the teeth, Jolie has also considered laser removal of the child’s hair in order to save her from having a bad hair day. Rumors are that she has also considered bullying and beating all of their children to prepare them for future incidents, should they ever wander anywhere near a public school, even by accident.

Although Pitt could not be reached for comment, we were able to reach Billy Bob Thornton.  However, there wasn’t really anything to ask him about.